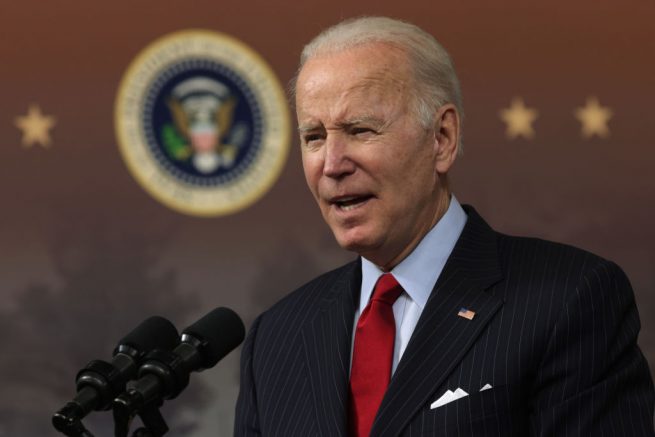 WASHINGTON, D.C. – NOVEMBER 23: Joe Biden speaks on the economy during an event at the South Court Auditorium at Eisenhower Executive Office Building on November 23, 2021 in Washington, D.C (Photo by Alex Wong/Getty Images)

Joe Biden remains confident his picks for the Federal Reserve will be able to curb inflation.

The Democrat recently addressed reporter questions about the potential economic effects of the new COVID variant. He said the markets crashing from the emergence of the variant doesn’t worry him at all.

Additionally, Biden was asked if he told the Federal Reserve to singularly focus on inflation as it continues to spiral out of control. Biden stressed his new picks would work hard to try and tamper inflation.

“I’ve talked to the Fed about a whole range of things. Monetary policy and inflation. And I have confidence that the appointees that I’ve made, and I have three more, are going to reflect that concern,” said Biden.

This comes as the total inflation rate has reached about 6 percent for the year. These are among the highest rates in the world and they have shown no sign of slowing down anytime soon.

Meanwhile, as tensions near the Ukraine-Russia border rise, the Biden administration has remained silent. However, earlier this month Biden’s Secretary of State Antony Blinken assured Ukraine’s foreign minister that they had their back.

“The United States commitment to Ukraine’s independence, sovereignty and territorial integrity, is iron-clad. It is a position that will not change. We stand with Ukraine,” stated Blinken.

This comes amongst a recent announcement by Ukrainian President Volodymyr Zelensky where he addressed an alleged coup d’etat against his government Friday. That same day when reporters asked Biden how they would assist their ally, he didn’t have much to say.

Meanwhile, White House officials have continued to avoid questions regarding the crisis and it’s still unknown to what extent Biden will go to help Ukraine. 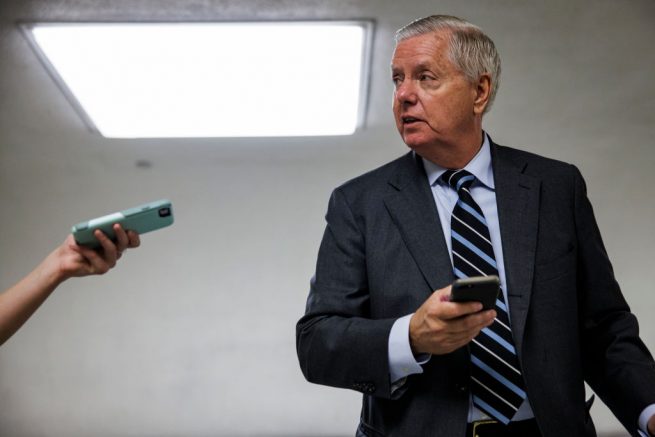 WASHINGTON, D.C. – OCTOBER 27: Sen. Lindsey Graham (R-S.C.) is followed by a reporter in the basement of the U.S. Capitol building on October 27, 2021 in Washington, D.C. (Photo by Samuel Corum/Getty Images)

Joe Biden has found a key ally within the Republican Party, who seems to be helping him pass through his judicial nominees. Reports have pointed to South Carolina Sen. Lindsey Graham (R) as a Biden sympathizer, who has helped the last two Democrat administrations appoint their picks to top federal judgeships.

Graham was one of only three Republican senators to support the confirmation of Ketanji Brown Jackson to be U.S. Circuit Judge for the District of Columbia Circuit. Experts believe Biden has been prepping Jackson to be a potential Associate Justice on the U.S. Supreme Court.

Additionally, Graham was one of nine GOP senators to help push through Justice Sonia Sotomayor during the Obama administration. Critics have noted Graham gives preference to the party ruling the White House on matters concerning the judiciary, regardless of the party.

Graham’s office released a statement reiterating his position on the matter.

“Senator Graham has long believed that under the Constitution, the president has the right to select judges of their choosing and as long as they are qualified, they should generally be confirmed by the Senate,” read the statement.

Meanwhile, some have described Graham’s position as “the old fashioned view” that was more commonly used in earlier days within the Senate, with many saying it is unlikely he will shift his views.

MORE NEWS: NRCC Mobilizing For A Red Wave During Midterms

NRCC mobilizing for a red wave during midterms 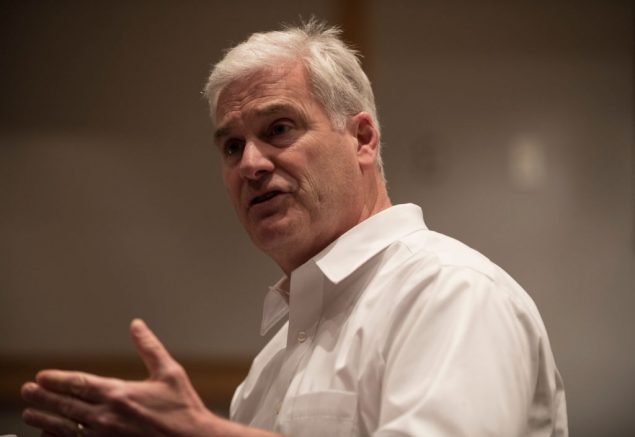 In an interview on Saturday, the Minnesota representative shared the NRCC is recruiting quality candidates for midterms in 2022. The congressman stated they have over 830 Republican candidates filed to run for the House alone. This being a record number for the party.

Emmer also said there weren’t any centrists left in the Democrat Party and believes with the proper candidates sharing the right message, voters would choose wisely.

The NRCC recently released a video recognizing the record inflation under the Democrats’ control. It also highlighted the rising prices for the holiday season.

In the meantime, Republicans need to flip only five seats in order to regain control of the House.