FACT CHECK: Was This Video Released By Donald Trump’s Campaign? 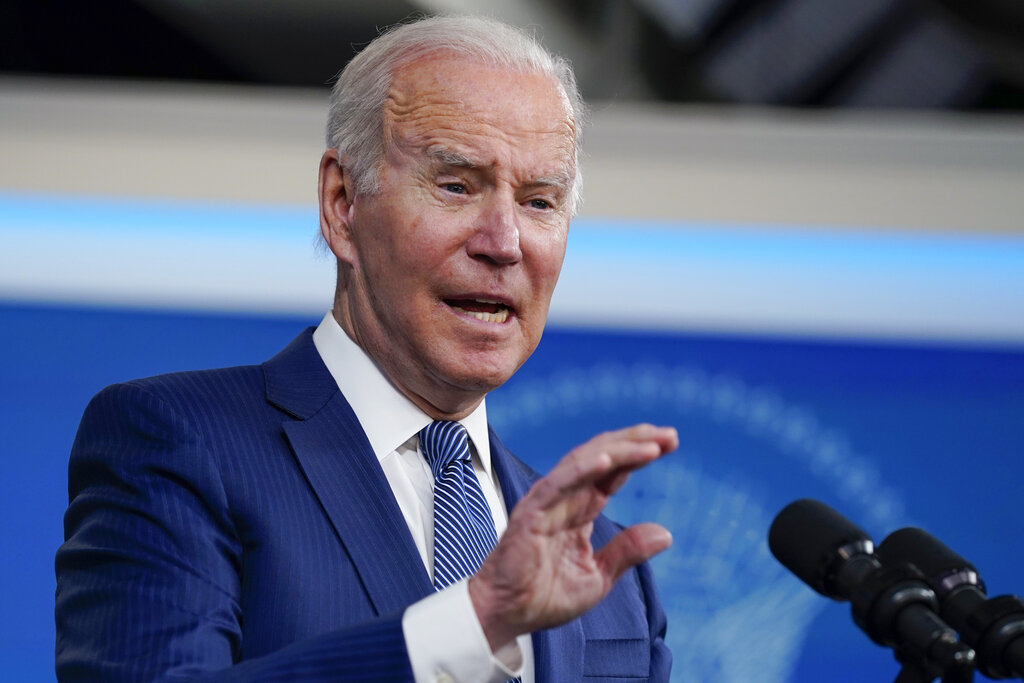 President Joe Biden speaks in the South Court Auditorium on the White House campus, Wednesday, Dec. 1, 2021, in Washington. Biden is set to kick of more urgent campaign for Americans to get COVID-19 booster shots on Dec. 2, as he unveils a his winter plans to combat the coronavirus. (AP Photo/Evan Vucci)

Joe Biden recently attempted to downplay the numerous economic crises facing the nation. While speaking from D.C. on Wednesday, he claimed the economy is currently doing well and is on its way to recovery.

Joe Biden’s strategy is to blame everyone but himself for the record-high inflation his administration has ushered in.

Biden made those remarks despite a looming debt ceiling crisis, an ongoing supply chain crisis and skyrocketing inflation that Federal Reserve chair Jerome Powell said this week has no end in site. He attempted to downplay the ongoing supply chain woes while claiming his policies are responsible for helping ease bottlenecks

“If you’ve watched the news recently you might think the shelves in all out stores are empty across the country, that parents won’t be able to get presents for their children this holiday season, but here’s the deal — for the vast majority of the country that’s not what’s happening,” Biden stated. “Because of the actions the administration has taken…those shelves are going to be stocked.”

However, experts say there are still huge challenges when it comes to the nation’s supply chain. On Wednesday, a major federal reserve survey pointed out the ongoing supply chain bottlenecks continue to push inflation upwards. Businesses nationwide are still expressing concerns over when the supply chain is expected to fully recover.

Meanwhile, Biden also touted the release of 50 million barrels of oil from the national oil reserves, which he claims will ease gas prices. However, many economists point out this accounts for only three days worth of oil and will likely have little affect on consumers.

“Last week, I announced the largest ever release of the United States Strategic Petroleum Reserve to increase the supply of oil and help bring down prices,” he explained.

Biden falsely blamed America’s energy producers for the high prices of fuel, accusing oil companies of “uncompetitive behavior.” However, U.S. gas prices went up after he canceled the Keystone XL pipeline and banned drilling on federal lands earlier this year.

He then claimed other countries have high inflation as well, but failed to mention it’s not as high as in the U.S. In reality, U.S. inflation was 6.2 percent last month, which is above 4.2 percent inflation in Britain, 5.2 percent in Germany and 4.7 percent in Canada.

Biden is doing everything he can to hike his hidden inflation tax even higher through his Build Back Broke agenda.

Biden then took time to tout his trillions dollar social spending agenda, repeating the false claim it would “pay for itself.” Last month, the CBO released a report showing Biden’s Build Back Better agenda would increase the federal deficit by $367 billion over the next decade. The report also found it would cost taxpayers $1.7 trillion over that same time period. 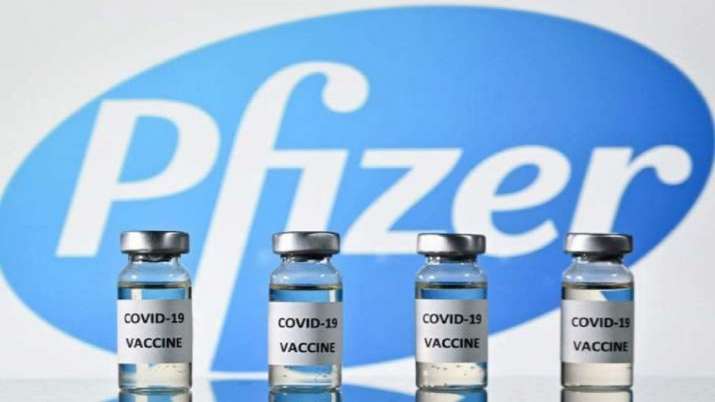 Pfizer gave an update on COVID-19 booster shots as the company pushes for teenagers to take a third dose. During a recent interview with the BBC, company CEO Albert Bourla said individuals might need a booster shot every year moving forward.

Today, we submitted a request to the @US_FDA to expand the emergency use authorization of a booster dose of our COVID-19 vaccine to include 16- and 17-year-olds. It is our hope to provide strong protection for as many people as possible, particularly in light of the new variant.

On Tuesday, Pfizer submitted a request to the FDA to approve booster shots for 16 and 17-year-olds. Bourla then said it isn’t clear how long these shots are effective.

“I am very confident that would last at least 12-months, but I don’t know that,” he stated. “If we have to make a guess based on everything I have seen so far, I would say that likely will be needed annual revaccination to maintain a very robust and very, very high level of protection.”

Still, we believe that the best hedge against spread of the Omicron variant and any new variant that may emerge is getting all eligible people fully vaccinated and boosted, as recommended.

In the meantime, the company is studying the Omicron variant and said they are prepared to develop another vaccine.

An off-duty Arizona police officer has been fired after fatally shooting a disabled man in a wheelchair for allegedly shoplifting from a local Walmart. Officer Ryan Remington was terminated for excessive use of force on Wednesday after firing nine rounds at 61-year-old Richard Lee Richards on Tuesday, leaving him dead at the scene.

An officer at the scene said authorities asked Richards for a receipt, but allege he pulled out a knife instead, saying “here’s your receipt.” The incident was recorded on Remington’s body camera, showing the suspect entering a neighboring Lowe’s store before things turned deadly.

After following the suspect to his car alongside Remington, a Walmart employee claims Richards said “if you want me to put down the knife, you’re going to have to shoot me.” Moments later, Remington was seen on the ground handcuffing Richards, even though he was already dead.

The Tucson Police Chief said Remington’s actions were a clear violation of the department’s policies and some officials have questioned why Remington, who was a four-year veteran of the department, used a gun instead of a taser. Remington’s attorney added his client didn’t use a taser because he didn’t feel it was “the proper spread to deploy it with the wheelchair between him and Richards.”

An evidence expert weighing in on the shooting said the most shocking part of the incident was how a weapon was used in the first place, considering the victim’s condition.

“I’m actually surprised that they even had their guns out of their holster,” said Evidence Specialist Scott Roder. “He obviously wasn’t going anywhere in a hurry in his condition, so we certainly do not have a flight risk. I don’t know how much damage someone could do in that situation.”

Meanwhile, the officer’s attorney said the video footage released only shows about 20 percent of what happened Tuesday night, but the case is currently under review by the Pima County Attorney’s Office.

Officer Ryan Remington fired nine shots and killed Richard Lee Richards, 61, as he rolled his motorized wheelchair toward the entrance of a Lowe’s in Tucson. He then tried to handcuff him as he lay dead on the ground. pic.twitter.com/wu5a43F5fT