Former President Barack Obama is back on the campaign trail on a simple but important mission to try and save the Democratic Party from getting drenched by what could end up being a powerful red wave in next week’s midterm elections.

“I’m here to ask you to vote,” Obama urged Democrats as he headlined large rallies in three crucial battleground states this past weekend.

Obama, who remains the most popular person in the Democratic Party nearly six years after he left the White House, is trying to perform some last-minute political magic as his party desperately tries to hold onto razor-thin congressional majorities.

Tuesday marks one week until Election Day 2022 when about a third of the Senate, all 435-members of the House of Representatives, and governors’ offices in 36 of the 50 states are up for grabs. 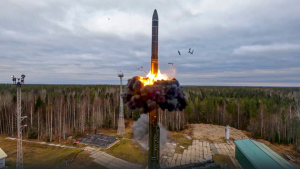