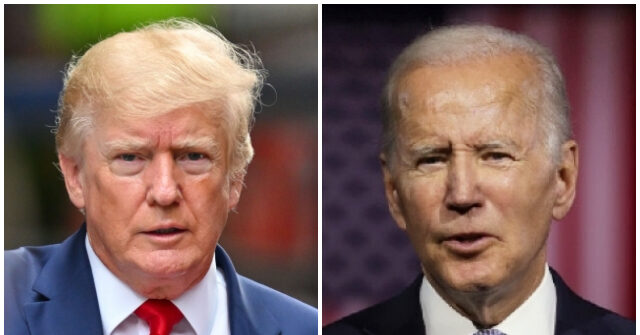 Trump at 46 percent leads Biden’s 41 percent in the survey, with 13 percent who said they were unsure.

Trump also leads Vice President Kamala Harris by even more, with Trump at 48 percent, Harris at 40 percent, and 12 percent undecided.

It is also worth noting that Trump is outperforming Florida Gov. Ron DeSantis in both hypothetical contests, against either Biden or Harris. While DeSantis still also leads both, he leads by less in each instance. Against Biden, DeSantis leads by just three percent—with 42 percent to Biden’s 39 percent and 18 percent undecided—and against Harris, DeSantis also only leads by three percent, 43 percent to 40 percent with 17 percent undecided.

In the GOP primary, Trump has a 20-percent lead over DeSantis as well, at 48 percent to DeSantis at 28 percent. No other candidate gets double digits in this survey, with former … 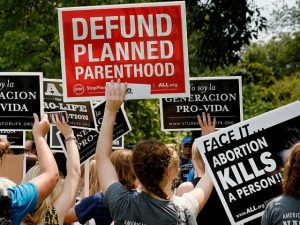