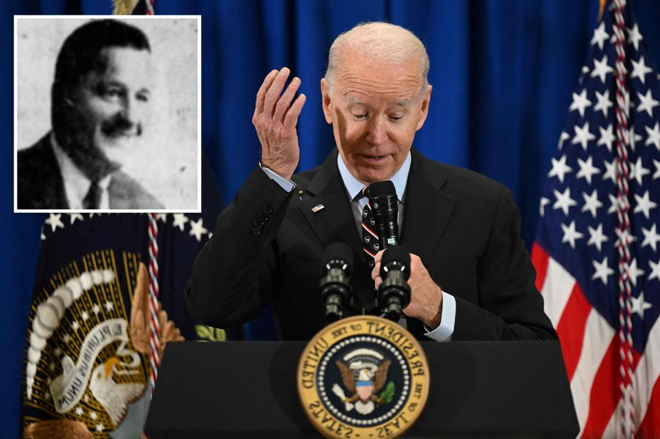 President Biden claimed Friday that his uncle Frank Biden won the Purple Heart for his actions during the Battle of the Bulge in World War II — but there’s no evidence of the award and key details of the story are chronologically impossible.

The 80-year-old commander-in-chief has a habit of sharing false or embellished personal anecdotes to build a connection with his audiences and told his latest apparent tall tale during largely unscripted remarks to veterans in Delaware.