WASHINGTON (Reuters)—Former Republican president Donald Trump threw his weight behind Representative Kevin McCarthy on Wednesday, telling U.S. House Republicans that they should back the California Republican’s bid for the speakership.

“It’s now time for all of our GREAT Republican House Members to VOTE FOR KEVIN, CLOSE THE DEAL, TAKE THE VICTORY,” Trump posted on his social media platform. “DO NOT TURN A GREAT TRIUMPH INTO A GIANT & EMBARRASSING DEFEAT. IT’S TIME TO CELEBRATE, YOU DESERVE IT. Kevin McCarthy will do a good job, and maybe even a GREAT JOB – JUST WATCH!” 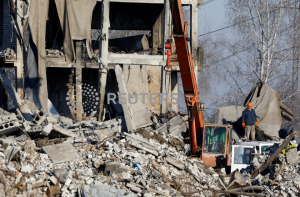