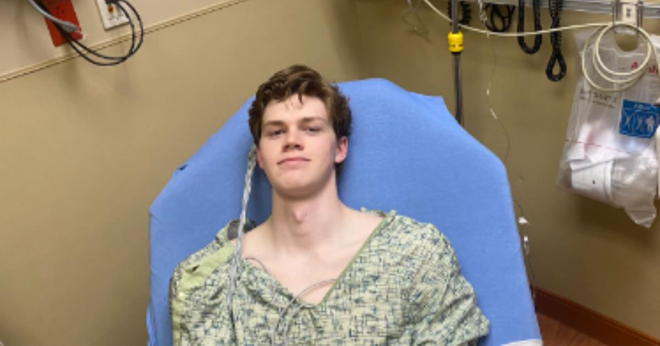 In the spring of 2021, Everest Romney had a bright future.

The 6-foot-9 sophomore played on Corner Canyon High School’s basketball team in Draper, Utah. The 17-year-old told a TV interviewer he had high hopes for getting a scholarship to play college basketball.

Then, on April 21 of that year, he got the Pfizer COVID-19 vaccination.

By that evening, Everest was feeling neck pain and swelling. Within days, he developed “extreme migraines,” KSL-TV reported in May 10, 2021.

Cherie Romney said her son had been “100 percent healthy” up until then, KSL reported.

Nine days after receiving the vaccine, Everest wound up in Primary Children’s Hospital in Salt Lake City with three blood clots in and near his brain, according to KSTU-TV.

At the time, his mom was hesitant to blame the vaccine itself. She told KSTU that her son’s case was still being reviewed and that the cause …