Amazon Smile was probably the only non-evil thing that the very evil corporation did.

So that meant it would only last so long.

The premise of Amazon Smile was simple and rooted in an older crowdsourced internet ethos that has mostly gone by the wayside. People used ‘Smile’ links to donate a percentage of their purchases to their favorite charity. Since most charities were able to register, people were generally able to support whatever they wanted. Leftist activists objected to some of the charities that were religious or conservative.

And now Amazon has decided to cancel Amazon Smile and replace it with Amazon Slime.

“In 2013, we launched AmazonSmile to make it easier for customers to support their favorite charities. However, after almost a decade, the program has not grown to create the impact that we had originally hoped. With so many eligible organizations—more than 1 million globally—our ability to have … 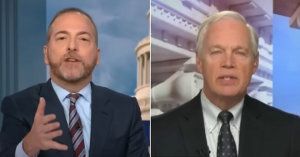