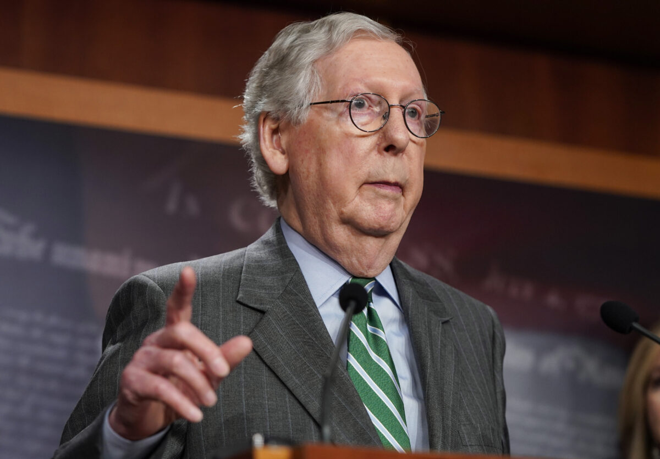 Senate Minority Leader Mitch McConnell (R-Ky.) speaks about his opposition to S. 1, the “For The People Act” in Washington on June 17, 2021. (Joshua Roberts/Getty Images)

Previous post US ‘Most Permissive’ for Children’s Gender Transition While Europe Pulls Back, Study Shows

Next post As mail ballots, machines mar voting in some states, others seek to tighten election security