The current round of ridiculous Trump-related litigation that the media is obsessed with involves E. Jean Carroll. Back when she first came out, the media gave her some face time and then quickly ran the other way.

It’s not hard to see why.

CARROLL: I think most people think of rape as being sexy.

CARROLL: They think of the fantasies.

COOPER: We’re going to take a quick break. If you can stick around we’ll talk more on the other side.

CARROLL: You’re fascinating to talk to.

The scene of the supposed assault takes place in a Bergdorf’s department store where, in Carroll’s own words, “no one is present” even though she concedes that makes no sense and the dressing rooms would have been locked if there hadn’t been an attendant. It wouldn’t matter if there were tapes of it, she writes, because “the struggle might … 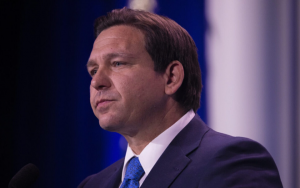